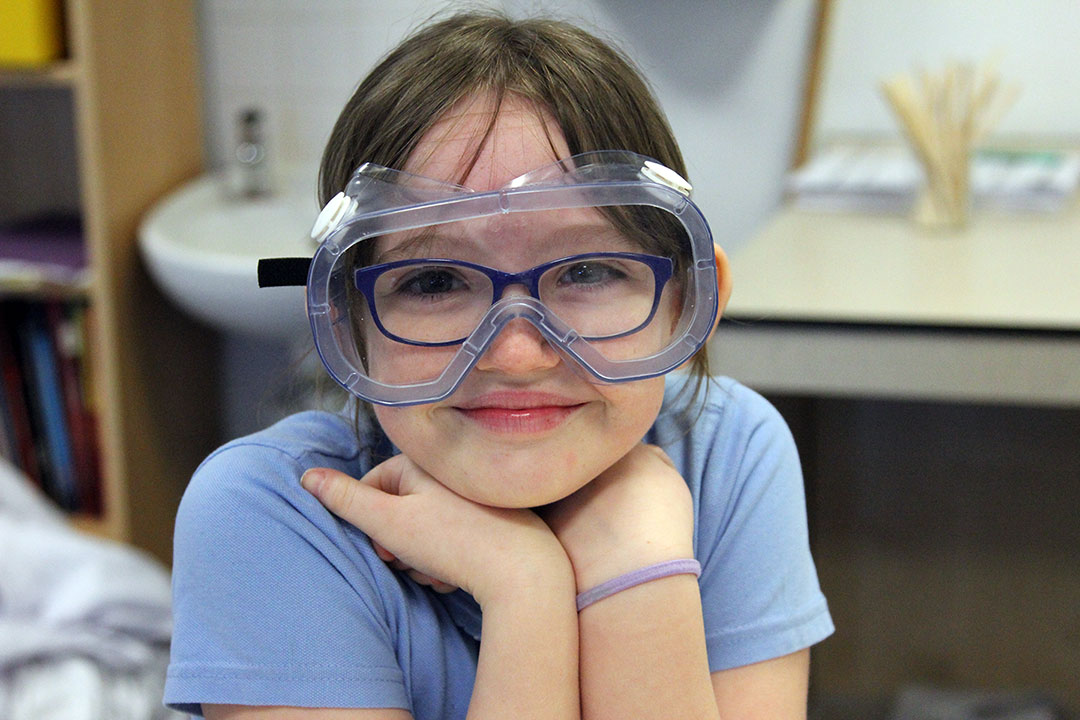 On Monday 11 March, the science department had the pleasure of hosting year 5 students
from Barley Mow for a lesson on chemical reactions. After watching a demonstration of
sugar burning in concentrated acid and another chemical igniting with a purple flame after
the addition of glycerol the students shared their new knowledge about how to work safely
in a laboratory.

The year 5 students then carried out two practical activities themselves. The enthusiasm
grew as they performed a mini-investigation to watch the changes that occurred when
copper was added to a solution of silver nitrate. They were quickly able to spot that the
metal was changing colour. Throughout their session they periodically looked at the tube to
see how the changes continued to progress, noting that the metal looked ‘furry’ and the
solution began to change from colourless to light blue.

While these two chemicals were reacting, the students carried out their main activity,
making hydrogen gas by reacting zinc metal and sulfuric acid together. Their enjoyment
when test tubes of water became filled with hydrogen was nothing in comparison to
the excitement they clearly felt when they heard the ‘pop’ produced when the hydrogen was
tested with a lit splint.

The session finished with hydrogen rockets flying across the room with a loud bang, which
elicited several squeals, giggles and huge smiles.

Throughout the session, I was ably assisted by Sam Dawson and Georgia Miller, two of our
year 12 students. They were a fantastic help, giving out equipment and ensuring that the
Barley Mow students were able to successfully collect the hydrogen they produced, before
manning the Bunsen’s too light the hydrogen. Thanks also go to Mr Robinson, who in
addition to taking photographs, also helped students who weren’t sure how to set up their
equipment.