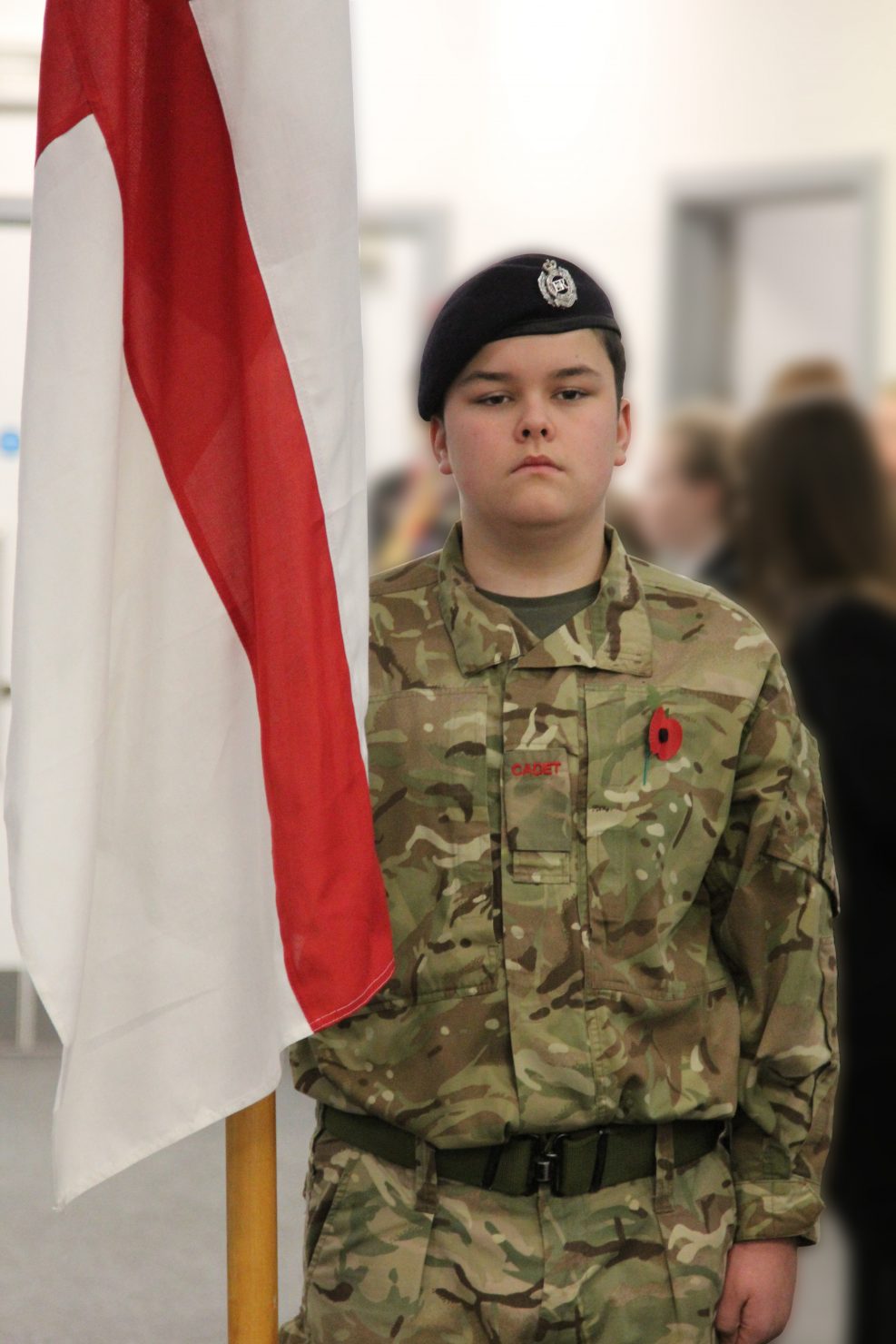 On Monday 11th November the school hosted a Service of Remembrance to commemorate the lives of all those who have fought and died for us in the line of duty.

Students, representing the school, the Army Cadets, the Air Cadets and the Scouts, formed an honour guard for the service and invited guests included the Lord Lieutenant of Tyne and Wear and representatives from Birtley Cadet Force, The Royal British Legion, SSAFA and Governors.

The service started with Callum Robson and Daniel Ryczel marching in the flags before students formed the honour guard. The school choir, Vocalise, then sang Flanders Fields.

Head Boy David Currey and Head Girl Melissa Thamprasertwong read the poem “Home At Last” by Tony Church and Amy Whittingham and Chloe Graham read the poem “I Went To See The Soldiers” by Kenny Martin.  The Principal, Andrew Fowler, read the names of those we’d like to remember from our local community and wreaths were laid to honour those memories.  The school’s wreaths were laid by Rhiannon Hewitt and Sam Dawson.

The Last Post and Reveille were performed by invited guest Colin Brannan.  He has served for many years in the Armed Forces as a Musician.  The National Anthem was then performed by Vocalise.

The parade was dismissed by Danielle Fryer, who had commanded the parade throughout.

The guests were invited to stay for refreshments and an opportunity to take photographs with our smart students in both their service and school uniforms.

We are very proud of the effort the students make to mark this occasion and the respect they show.  Miss Taylor and Mrs Kemp would like to thank them for making this service special.