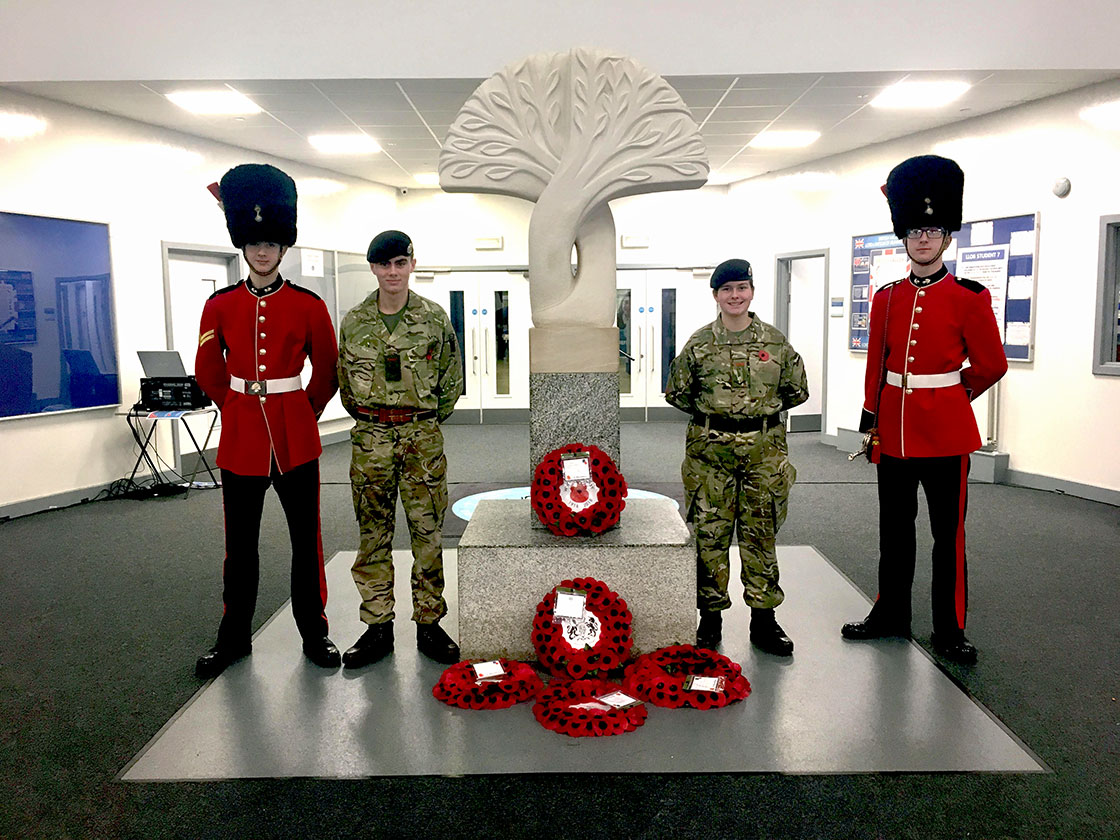 As we mark the 100 year anniversary of the end of World War 1, Lord Lawson of Beamish Academy took part in a very special celebration of all those who fought to give us our future. We stood together in union to pay respect to all those in conflict 100 years ago, and all those since.

Many of our students who are members of uniformed youth organisations, representing the Army Cadet Force, Air Training Corps, Scouts, Girl Guides, Boys Brigade, attended school in their service uniforms today, and played a pivotal role in the proceedings by forming an honour guard for the service. Our students were joined on parade by the Birtley Community Partnership, the SSAFA, and also Deputy Lieutenant for Tyne and Wear, John Robinson DL, RAFVR(T).

Head Boy and Girl, Daniel Wales and Lucy Hughes, took big parts in the service with helping with opening the service, and speaking about why we were here to mark the important centenary event. They followed on with a lovely reading ‘Home at Last’ by Tony Church, helping us to reflect on the impact war has on those family and friends who are left at home.

The Principal, Mark Lovatt, read the names of those who have sadly lost their lives through conflict and war, all those personal to staff and students from out local community. Wreaths were then laid to honour these memories.

David Ord performed the Last Post and Reveille, before two students fall out of parade to deliver a poem, before concluding the service. Ben Harbottle dismissed the banner party, Niamh Cowie, then the parade, after doing a fantastic job throughout the service commanding the parade throughout.